You are here:
Writing Portfolio 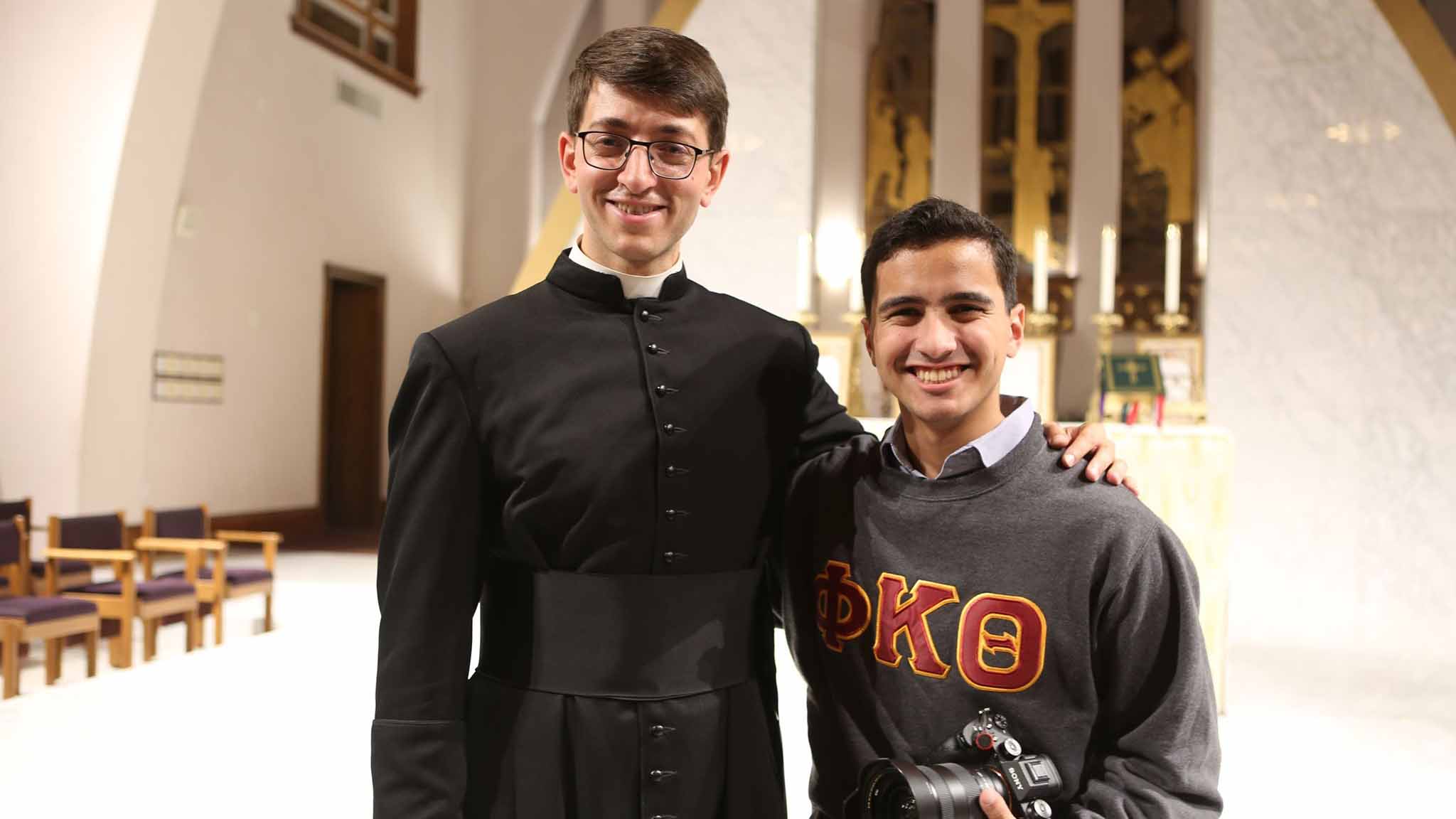 PUBLISHED IN THE NOVEMBER 2019 EDITION OF THE LONG ISLAND CATHOLIC

I can clearly recall the first time I declared that God is not real. While taking my first philosophy class, I struggled attempting to write a paper where I chose to show why the universe must have had a beginning. I had always assumed that God created the universe, which implies there was a beginning, but never thought deeply or critically about it. I nevertheless had to write the paper, and I did, yet I found myself unconvinced in my studies supporting the stance. I was driven to explore philosophy more deeply as a hobby and continued to discover ideas and concepts I had never encountered. Finally, after watching a lecture by Christopher Hitchens on YouTube, I reached my breaking point. I had been convinced that belief in God is incoherent. I proclaimed to myself, privately, that God is not real.

What I have come to realize, though, is that while my mind did not believe in God, my heart still did. Something deep within me did not accept, nor enjoy, the ideas of atheism I had been learning. I knew that if the Church has been around for such a long time, it had to have some sort of answers to all these objections.

When I was exposed, therefore, for the first time, to the intellectual and philosophical side of Catholicism that addressed many of the objections I was struggling with, it changed everything. Not only were those struggles resolved, but I fell deeply in love with the Catholic Faith. I realized I had completely misunderstood what the Church actually means when the word “God” is used.  I came to realize how right I was, and from a very surprising place, which is so much more often criticized than praised, and that is social media.

During my freshman year of college, I had absolutely no interest in stepping into a Church for Mass or any other spiritual purpose. I spent much of my time watching lectures, debates, and commentaries by Christopher Hitchens, Sam Harris, Richard Dawkins, and new atheist thinkers. One night, though, a video by a Catholic Bishop, whom I had never heard of, appeared in my recommended column. The video was titled, “Bishop Barron on the New Atheists.” I watched the video expecting to be unimpressed. To my surprise, I was shocked and excited. I had never heard, in all my years of being raised Catholic, the Catholic view of God presented in such an interesting way. I instantly felt irresponsible and immature for questioning God’s existence. I found myself binge watching Bishop Barron videos the entire night. I was tremendously interested in the deep ideas he was able to present in 7-10 minutes, and I began to wonder, “If that video was so interesting in only 7 minutes, how interesting is the whole religion? How have I never heard these things before?” I began going back to Mass immediately. Since watching that first Bishop Barron video, the change of my life has truly been the work of the Holy Spirit. Had it not been for social media, I would not be Catholic.

I thought that God was dead, Christ was dead, and Catholicism was currently dying. I represented so many young college students today, and this is something Pope Francis shows he clearly understands in Christus Vivit. He emphasizes engagement with youth as one of the utmost priorities in our Church, and highlights the potential usefulness of a tool like social media to do that. He describes it as “a firmly established forum for reaching and involving young people.” Social media gives the Church an opportunity to extend out beyond the Church buildings; the way St. Paul traveled and wrote letters, St. Thomas Aquinas engaged in public debates at the University of Paris, and the Venerable Fulton Sheen lectured on live television.

There are many social media ministries, such as Word on Fire and Ascension Press , that are taking advantage of this new tool. They reach thousands, sometimes even millions. Their ministries throw seeds, with the hope that one will catch and grow, just like the parable of the sower. Their methods in presenting Catholicism are beautiful, relevant, and captivating. When developing outreach for young people and social media then, it is important to remember what Pope Francis writes in Christus Vivit, “Even though to many young people, God, religion, and the Church seem empty words, they are sensitive to the figure of Jesus when he is presented in an attractive and effective way.”

While there are many ways to evangelize, social media gives us that attractive and effective way to present the figure of Jesus. With the click of one upload button, we can potentially bring the teachings of the faith directly to thousands of young people: explaining what we believe, why we believe it, and extend an invitation to come home, just like Bishop Barron did for me. The difficult reality is that the majority of young people on college campuses do not go to Church, and have absolutely no interest in ever going back, because they fundamentally do not believe in the core principles and teachings of Catholicism. Many college students believe Christ is dead.

What we need to do now is go directly to them and teach, just as the Apostles and Saints did. What young people need to be shown now – in an age of religious indifference, personal emptiness, and earthly pleasure – is the theme of Christus Vivit: “Christ is alive, and he wants you to be alive!”